Generating Likeability Through The Mail 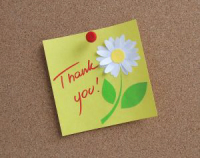 I fully intended to sit down this morning and write an article on likeability when my day was interrupted by the mailman. Up until that time, everything was perfect. The article was titled and mind mapped (which is a right brained way to do an outline) and anxiously awaiting to be organized into an entertaining piece of classical literature. But as I mentioned above, the mailman interrupted my day.

Among the bills, marketing postcards and fan mail was a note addressed to me from Darbee Fisher. Darbee is a real estate agent for Keller Williams here on Maui. I met her for the first time ten days ago when my son Josh and I went to their office to teach the agents how to generate leads using advanced blogging techniques. Knowing that Josh was a full time Internet marketer and computer repair technician, Darbee hired him to repair her computer.

I just spent a good part of the day with Joshua, and what proud parents you deserve to be! Not only is he smart and good looking, but he is also one of the most respectful people I have ever met and he has absolutely the best manners of anyone I have ever met! It was pure joy to work with Josh and you can bet that he will be the first person I call when I need help and I will recommend him as often as I can!

I don’t know how long it took Darbee to hand write this note, but I do know that Susan and I and Josh will remember it and cherish it for a long, long time to come.

What I’m about to share next may seem obvious but I don’t want to take a chance that you miss anything. The note Darbee sent to me was a perfect example of how to use the United States Postal Service to build immediate and lasting likeability. 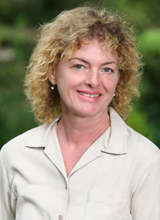 This is pure genius and it’s overlooked by most of the people who send thank you cards and notes. Here’s why.

Josh is our 24 years old adult child and he hasn’t lived with us for years. He has his own life, his own business and his own mailing address. He sees his parents as often as most 24 year olds see their parents.  So why would Darbee send her note to us rather than directly to Josh?

Darbee could have sent the note to Josh and he would have been just as impressed with her as I was, but the value of the note would have stopped there. By sending the note to me and Susan, Darbee multiplied the effectiveness of her card by a factor of three or more.

As a parent you know that it does not matter how old your child is, you will never stop bragging about his or her achievements, even if you do it with the help of a refrigerator magnet. I couldn’t wait to share Darbee’s words with Josh and everyone else I knew, which is exactly what I’m doing in this article.

Now I’m not suggesting that you send every thank you note you write to someone’s parents, but I would encourage you to send it to the person closest to them. This could be their husband or wife, supervisor or even one of their bigger customers. Imagine the impact!

Nothing says, “I care” more than a handwritten note. Darbee could have easily emailed the note in one quarter of the time and she could have sent it for free. Instead she made the effort to purchase a card, locate our mailing address, hand write the note and send it to us with an actual stamp through the mail. None of this went unnoticed.

Sending a thank you note via email is not a bad thing, far from it. A note sent via email is a thousand times better than not sending anything at all. There are times when sending a message via email is actually a better choice, but it will never have the impact of a handwritten note.

Study after study shows that people, especially men, fall for flattery even if it isn’t true. And even though general compliments and platitudes work, they don’t hold the same weight as a specific, well thought out compliment.

In Darbee’s note she was very specific about what she appreciated about Josh.

Not only is he smart and good looking, but he is also one of the most respectful people I have ever met and he has absolutely the best manners of anyone I have ever met! 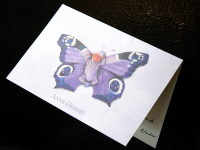 Every parent loves to hear that their child is smart and good looking, but when Darbee mentioned that Josh was the best mannered person she had ever met, she hit a home run. Character compliments are the most meaningful compliments of all because they show that the person giving the compliment took the time to look below the surface. If you want to give a meaningful compliment, compliment someone on their good character.

The creme de la creme of this note was what Darbee said she was going to do based on her encounter with Josh.

It was pure joy to work with Josh and you can bet that he will be the first person I call when I need help and I will recommend him as often as I can!

When someone tells you what they are going to do for you, it creates a genuine feeling of reciprocity where you want to do something for them in return. I fully believe that Darbee will hire Josh again and tell everyone she knows about his service. I also know that Josh (and his parents) will do the same, and reciprocate by telling everyone he knows about the wonderful Darby Fisher.

Thank you notes have always been one of the most overlooked and underutilized ways to generate likeability and long lasting relationships. They only take a few minutes to write and the goodwill from your effort will last a lifetime. Do it now!