When you focus on helping people like themselves, they will like you back. They will work for you, hire you, buy from you, refer you to their friends, listen to you, respect your opinion, vote for you, support you and befriend you.

Knowing how to get people to like themselves is the key to being liked. It’s the key to happiness, longevity, health and success. Enjoy the site!

Comments Off on Likeability

How To Give An Acceptance Speech

You cannot like someone you don’t know. More importantly, others cannot like you if they don’t know you exist. Somehow, someway a contact has to be made before anything happens. And if you don’t make the effort to make that contact, there’s a very good chance it’s not going to be made.

I had an opportunity to talk to an old friend from college recently. We were discussing this exact topic. He told me that when he was in high school he would often look upon a group of his classmates and say to himself, “If they would only come over here and say “Hi,” I know they will like me.” His comment made me wonder out loud just how many people feel the same way.

He went on to tell me that he came to the same conclusion when he entered college. “If I feel this way,” Tom said, “There are certainly other students who feel the same way.”

“I just said Hi,” Tom said. “And let the conversation go from there.”

This is my new mantra, “Just Say Hi.” It’s so simple and so honest and yet, the thought of it paralyzes millions. But why? 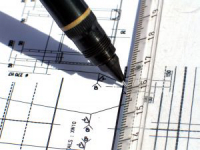 When I was a in college, I was elected social chairman for our fraternity. My primary job was to persuade the female population on campus to attend our parties. This was not an easy task. I belonged to an engineering fraternity where most of the boys were terrified to speak to girls, much less dance with them and carry on an interesting conversation.

As the social chairman I was allowed to suggest the dress code which did not allow white socks, slide rulers or pocket protectors to be worn during fraternity functions. I also made it mandatory that everyone had to wear pants that reached past their ankles. Imagine the fun.

During one particular party I noticed that a group of girls had entered the fraternity and no one had made an effort to speak to them. So rather than introduce myself and introduce the girls to my friends, which I did at every party, I asked each of the freshman who were pledging the fraternity to take turns introducing themselves to the girls in a specific way.

The upperclassmen thought this was a funny hazing exercise until they realized that the freshman were meeting and dancing with all the girls while they were standing alone in the corner drinking beer.

Most people will not introduce themselves to a stranger because they don’t know what to say and they’re afraid of putting themselves in an awkward position. It doesn’t have to be that way. Here’s what I had the freshman do that made meeting the girls easy and fun.

Step 1: Start by saying Hi! Say it with a smile while looking her in the eyes and say it like you’re excited to meet her.

Step 3: Then, ask for her name. Do not ask until you’ve given your name first. It’s inappropriate and rude.

Step 4: Repeat her name at least once out loud and do not forget it under any circumstances. If you do, you will have extra duties next weekend around the fraternity.

People are at ease when they have an opportunity to talk about something they’re passionate about to someone who is interested in listening to what they have to say. Be that person.

That was my advice then, and to this day I still get calls and emails from the kids (who are now in their 50’s) in my fraternity who attended those parties.

Liking does not happen until people know you. Give them that opportunity by introducing yourself first. Don’t be afraid. The more people you meet, the more comfortable you’re going to be meeting people in the future.

Most of the people you meet feel just like my friend Tom felt when he was in high school. They’re thinking, “If you would only come over here and say “Hi” I know you will like me.” And they’re probably right. Be that person.

Try as you may, you can’t make people like you. It’s a misnomer. You “can” like other people, but you “can not” make them like you back.

But wait, there is good news. When you focus your attention on helping people like themselves (not being a people pleaser or a brown noser) there is a very good chance they will like you in return. Be the kind of person people want to like.

What’s The Quickest Way To Likeability?

What do you think is the quickest way to become more likable? Please tell me what you think in the comment section below.

Why Are You Called The Likeability Guy?