Dave The Daredevil From Daytona 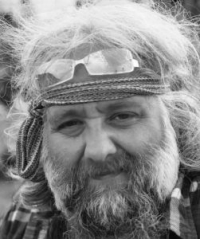 Recently a friend of mine told me a story about an encounter she had with one of her co-workers when she accepted a job as the manager of IT at large technology company. On the morning of her first day of work, she attended a staff meeting where she was introduced to the other managers.

“Now Dave”, he said with a smile, “Is one of the most brilliant people working here. Without him, our company would be in complete chaos.” With that Dave look up and said, “Hi Jan, long time no see.”

At first glance, Jan did not recognize him. But as she looked closer, scanning her memory banks, (which is what IT people do) she recognized him from her carefree days as a teenager. She remembered Dave as a long haired, cigarette smoking, motorcycle-riding friend of hers from the 60s. It had been 25 years since she’d seen him. He was the last person she’d expected to see sitting at the conference table of a Fortune 500 Company.

“Is that you Dave? Dave the Dare Devil from Daytona?” she said with a laugh in her voice. Without responding to her question directly, Dave leaned over and whispered in her ear, “A good haircut will fool them every time.” 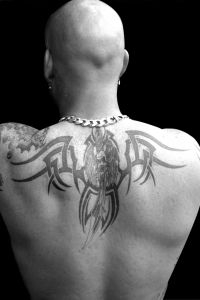 My younger son is a very handsome guy. When he was 20 years old he wanted to get a tattoo on his wrist. Now, I don’t have anything against tattoos; as a matter of fact, I’m planning to get one myself before long. I didn’t feel it was my place to discourage him from getting his tattoo, but I did feel it was important that I help him understand how it could impact the way people treated him.

After a brief discussion, I persuaded him to print a non-permanent replica of the tattoo with an ink pen on his arm and wear it for a few weeks before he invested in the real deal. He agreed, and quickly drew the tattoo image on his wrist.

To his surprise, he discovered that the tattoo did have an effect on the people who saw it. It had a very positive effect and turned out to be a great conversation starter. People of all ages were fascinated with his tattoo and wanted to hear the story behind it.

According to my son, and he paid very close attention to this, no one treated him badly or looked at him negatively based on the tattoo. That little test was enough to persuade him that as long as he was well groomed he was making a good decision.

My son is not so naive as to believe that there aren’t people in this world who will look at his tattoo in a negative light. Those people do exist and he will encounter them throughout his life. The problem is, if you don’t understand the consequences of how you look, you will be forever wondering why people treat you one way while they treat the people around you differently. 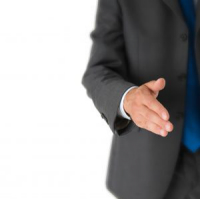 What ever your reason, the results will be the same. Poor grooming drops your chances of connecting with people by 50%, unless of course you’re trying to attract people just like you.

Who Are You Trying To Attract?

Remember, there’s nothing wrong with being known as Dave the Dare Devil from Daytona and dressing the part, as long as you understand the consequences. However, if you want to win over people who are in a position to hire you for a job that is contrary to the life and style of a cigarette smoking, motorcycle-riding kind of guy or gal, you’re going to have to adapt. You need to pay attention to how you look, how you smell and how you act.

The best advice I can give you doesn’t come from me, it comes from the great philosopher Dave who once said, “A good haircut will fool them every time.”