How To Use The Propinquity Effect To Win Friends

Propinquity. What a fun word. It means nearness: nearness in proximity, time, kinship, affinity and similarity. If you’re not careful, you’re going to find yourself over using this word, just like I do, in general conversation because it’s so much fun to say.

As it turns out, I’m not the only person who enjoys using this word. Behavioral Psychologists use it to describe what they call the Propinquity Effect, which theorizes that the more we interact with others, the more likely we are to like and become friends with those individuals.

This theory was based on a study done in 1950 in the Westgate student apartments on the campus of MIT in Cambridge, MA. The researchers discovered that the students tended to like and make friends with their immediate neighbors. They also discovered that the students who lived near the ground floor staircases and mailboxes had friends on both floors due to their proximity, or propinquity to the entrance of the building.

Examples of the Propinquity Effect

You can easily find examples of likeability based on propinquity everywhere you look. Think of your best friends in school. With the surname Sommers, my best friends had names like Schnurr, Schulte, Smith and Sontag. These were the people I sat next to in class because we were seated in alphabetical order.

My best friend when I was a child lived three houses from me. The people I spent time with when I first moved to Atlanta were the people I worked with and lived next door to in my apartment complex. After purchasing my first home, I found that I was spending a lot of time with my neighbors and inviting them to my parties. The propinquity effect has been alive and well in my life from my birth and I don’t expect that it will stop any time soon.

The opposite is also true. When you don’t come into close physical contact with someone, you tend to loose contact with them. 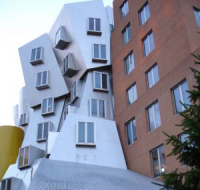 During the late 1970s, Thomas J. Allen, another MIT professor, undertook a project to determine how the distance between engineers’ offices affects the frequency of technical communication between them. The result of that research produced what is known as the Allen Curve.

We are more likely to like and befriend people with whom we have close physical contact. We are also more likely to loose touch with the people who we don’t see as frequently. This is the primary reason our friends change as we grow through life.

If you want to befriend someone or give him or her the opportunity to like and befriend you in return, it’s in your best interest to find a way to be in close physical contact. Here are a few suggestions that will help you get likeability through propinquity flowing. 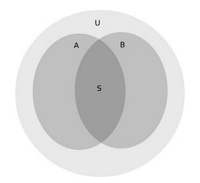 Make an effort to hang out at the same places they frequent. Try to bump into them or make arrangements to meet up with them at lunch or after work. The more they see you and communicate with you, the more likely they are to like you.

If you’re trying to win over a customer, your success is going to be in direct proportion to how frequently they communicate with you in person. The more time you spend together, the greater the chance they’re going to like you and want to work with you.

It’s also important to remember that the Propinquity Effect is not just about being in close physical contact. It’s also effective when the propinquity has to do with affinity and similarity. The more similar your opinions, interests and attitudes, the more likely you will like, and be liked by others.

When it comes to likeability, nothing could be easier than taking advantage of the Propinquity Effect. All you have to do is be in the same vicinity of the individual you want to build a relationship with and let the communication happen naturally. Nothing could be easier.