The Anatomy of an Apology 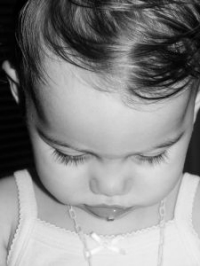 It Was A Busy Time

Years ago I was responsible for running the largest customer service training company in the country, Sommers Communication, Inc.  We were presenting thousands of workshops every year throughout the country and in order to keep up with demand, I had to quickly evaluate, hire and train dozens of professional speakers.

Our workshops were extremely successful, thanks to the quality of our speakers and our evaluation process. After each program, the audience filled out an evaluation, and the speaker was responsible for immediately sending the evaluations back to our office in Atlanta using overnight mail.

With over two dozens professional speakers on staff, and 2,000 seminars evaluated, their scores averaged 4.92 on a scale of 1-5. If you know anything about the public speaking business, you know that these numbers are phenomenal.

We also paid each speaker a substantial bonus for every program where they received an evaluation score of 4.8 or better. This is where the trouble began.

After each program I made it a point to talk to the person responsible for hiring us to speak to their staff. Almost without exception they would go on and on about how funny and inspirational the speaker was, and how impressed they were with the quality of the material presented. The problem was it happened, “almost without exception.” Let me explain.

With one exception, the verbal feedback I received correlated perfectly with the audience evaluations. One of our speakers however, was sending us bonus worthy evaluations, but the meeting planners didn’t seem as praiseworthy when I spoke to them in person. There seemed to be a problem. Why didn’t this speaker’s evaluations match the feedback from the meeting planner? I had to find out.

Well, we caught him red handed doctoring the evaluations. When I confronted him with the illegal and immoral aspects of what he had done, (remember, we paid him thousands of dollars in bonuses he did not earn) he became defensive. So here’s what I did.

I terminated the conversation and asked him to write a letter of apology to our staff in Atlanta. These were the people he had tricked into believing that he was an exceptional speaker, worthy of their strong recommendations. He made fools of us all.

I told him that if his apology was honest and sincere, that we would give him another chance and not demand he repay the bonus money or turn him over to the ethics committee at the National Speakers Association where he was a member.

I also told him to address his letter to everyone in our office and that everyone had to agree that his apology was sincere before we took him back. If even one person had a problem with his letter of apology, I would terminate our agreement immediately. Here’s what happened.

Three days later we received a letter from him. In it, he promised that he would never tamper with another evaluation, but his apology was neither honest nor sincere. He never apologized for what he had done nor did he acknowledge the harm he had caused our staff and our customers. The office unanimously rejected his apology and he was terminated on the spot.

I did not ask for the stolen money back and I did not share what happened with the ethics committee at the National Speakers Association. In retrospect, I probably should have done both, but I didn’t.

Here was a man who had an entire office of people who he lied to, tricked and stole from, all willing to give him a second chance, and he blew it. All he had to do was offer a sincere apology, but he refused to do so. His letter was composed of nothing more than excuses for why he had to do what he did, and it cost him his job and his reputation. What could he have done differently?

The Most Important Thing

The most important thing I want you to notice in the five step apology process is that there is no place to offer an excuse. I did not provide a step where you’re supposed to expain anything to anyone! The moment you make an excuse (of course you would never call it that) or give your reason why you did what you did or said what you said, you make your entire apology null and void.

The key to an effective apology is really quite simple.

Don’t you think using the word “unto” makes this look much more official?

So, does apologizing make people like you more? The answer is “yes,” as long as you provide a sincere and honest apology. What you have to understand is that people are going to like you more or less based on how you make them feel.

If you make excuses or try to justify why you did what you did, you’re projecting the message that whatever your reason, it was more important than the person you hurt. In doing so, they’re going to like you less and trust you less. Why? Because they know that under the same circumstance you would react in the same way.

If you apologize using the five step process listed above, you’re letting the person you hurt know that you made a mistake.  They can walk away knowing that under the same circumstances you would respond very differently and put their feelings first.

And here’s the real bonus. Even though you hurt them initially, they are going to like and respect you more after you apologize than they did before you hurt them.  It’s the equivalent of one step backward and two giant steps forward.

The next time you hurt someone, apologize. Apologize with sincerity and apologize from your heart. Make things right and let them know that you were wrong and you will never do it again, and mean it. You will be shocked at the results.

If you have a personal story to share about either giving an apology or accepting one, please share it with the community in the comment section below.

Anatomy of an Apology | Bob Sommers |