Puttin’ On The Ritz

Every so often the universe goes into overdrive to get a message through to me, and recently she’s been working overtime. I’m sure she sees it as divine intervention, but I see it as being a little pushy. Either way, I get the message and it always serves me. I just wish she wasn’t so in-your-face about it.

Last month I read a fascinating article by my friend and the author of “Go-Givers Sell More,” Bob Burg. Bob wrote about how the people who work at the Ritz-Carlton Hotel greet their guests. Rather than using slang terms like, “How are ya?” or “How ya doin?” the employees greet their guests with, “Good morning,” “Good afternoon” or “Good evening.”  In essence, they’re Puttin’ On The Ritz.

The term “Puttin’on the Ritz” has been around for the last 80+ years. It’s original meaning was inspired by the very classy Ritz-Carlton Hotel which first opened in Boston in 1927 and it was promoted by the musical film, “Puttin on the Ritz” by Harry Richmond in 1930. At that time, the term meant to dress up stylishly, which is the positive connotation that term still holds today.

Puttin’ On The Ritz By Taco

Over the years however, a negative connotation has crept into the meaning of that phrase. Today it is used both as a compliment and an insult depending on where and how it’s used.

On the positive side it means to improve your appearance, not only in the way you dress, but also in the way you carry yourself. It represents being the best you, you can be.

On the negative side it’s used to describe someone who looks foolish by trying too hard to impress others. Someone who looks and feels awkward because they’re out of their element.

Honey, You’re Not Going To Believe This

A few days after I read Bob’s article, I received a call from my son Joel telling me that the Ritz-Carlton had offered him a job in Naples, Florida at their flagship property. He went on to tell me that he was planning to attend their orientation class in the next few days.

In the past I would have been shocked to learn that one of the most prestigious hotels in the world would have hired anyone without training or experience in the hospitality industry. But not today, and not when it comes to either of my sons. After watching them both flawlessly apply the laws of likeability with everyone they’ve ever met, I wasn’t surprised that the Ritz hired Joel on the spot. I’ve come to expect nothing less.

What did surprise me however was that he accepted the job. This is not the path I would have expected my free spirited, very likable and musically talented son to follow. It’s not like he ever refused to wear the standard issue top hat, tails and cane when we lunched in the Hamptons, it’s just that I’ve always seen him as a touring musician, a teacher or the owner of a sidewalk cafe in Paris. Accepting a job at the Ritz, that surprised me.

Before we hung up, I asked if he would do me a favor and confirm if what Bob Burg wrote about how the employees at the Ritz greeted each other was true. Here’s what he discovered.

Formality Counts, But It’s Trumped By Being Genuine 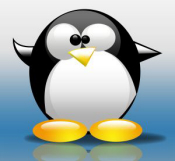 After two days of working at the Ritz, my son quit. And, if you’re like most people including many of his friends and family members, you’re probably thinking, what a fool! Why would anyone leave a job at the Ritz-Carlton after only two days, especially when jobs are so hard to find during this deep recession. Here’s the answer.

According to Joel, there were two reasons he decided to walk away from what could have become a very profitable career choice at the Ritz-Carlton. 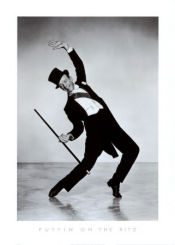 Here’s What I Noticed

The first thing he noticed while working at the Ritz was the culture. The Ritz-Carlton caters to a specific group of people and they serve them in a very specific way. After watching how the employees interacted with their guests, Joel decided that this was outside of his comfort zone. He did not want to come to work everyday and feel like he had to be “Puttin’ on the Ritz” to connect with his customers. It wasn’t natural for him. It wasn’t genuine for him. It was against everything he knew to be true about honestly connecting with people.

The Ritz-Carlton vs. Disney

Employees at both companies earn their living by “Puttin’on the Ritz.” And by that I mean dressing to the hilt and carrying themselves in an appropriate manner to meet the expectations of their audience. But you would have to agree that even though the service is equally spectacular at both companies, their method of delivering that service in a genuine manner is completely different.

Can you imagine having bathroom attendants at Disney World or having Pluto and Dumbo greet you at the desk when you check-in to the Ritz-Carlton Hotel?

The Universe Is Knocking. Are You Listening?

Being genuine is critical when it comes to being liked. If you don’t feel like you can be yourself in a particular place, you’re in the wrong place … even if that place is as spectacular as the Ritz-Carlton Hotel in Naples, Florida.

As Polonius said in the First Act of Hamlet, “This above all: to thine own self be true, and it must follow, as the night the day, thou canst not then be false to any man.”

I’ve struggled with this lesson my entire life and I still find that I put myself in circumstances where I pretend to be someone I’m not. I don’t like the way I feel about myself when I do that and I’m sure the people with me don’t like it either.

Don’t wait for the universe to use your son or daughter or spouse or friend to remind you how important being genuine is to your happiness. Learn what you can from Joel and move on with your life, there are thousands of other wonderful lessons just waiting for you to discover.

Puttin' On The ritz | Bob Sommers |