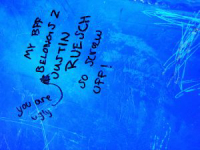 There is an effect known as the Ben Franklin Effect, here’s how it works. When we do a favor for someone, we are more likely to like them and do additional favors for them in the future. We justify our liking by telling ourselves that we would not have done this favor unless we liked the person we helped.

It’s known as the Ben Franklin Effect because he was quoted as saying, “He that has once done you a kindness will be more ready to do you another than he whom you yourself have obliged.” And although there were many colonials who understood this principle, Ben was given credit because well, he owned the printing press.

The opposite is also true. When we hurt someone, we’re more likely to dislike them and even come to hate them. We justify our disliking them by telling ourselves that we would not have harmed them unless they deserved it. As time goes on, there is a very good chance we will even come to hate them because of how they made us feel about ourselves. Weird isn’t it?

A few years ago, my son was in a car with a group of his friends. They pulled up to a stop sign when one of the girls sitting in the back seat asked the driver if she could get out of the car. When she opened the door and attempted to leave, the driver accidentally took her foot off the break causing the car to lunge forward and run over her foot.

The scene at the time was a car full of friends concerned about the girl with the hurt foot. The driver immediately apologized and drove her to the hospital. Everyone in the car knew that it was an accident including the driver, the passengers and the girl with hurt her foot.

Oh! How The Story Changes

The very next day, the driver told her other school friends what happened the day before. What she did not tell them however was that she told the girl it was OK to exit the car and that her foot accidentally slipped from the break causing the car to jump forward. She so badly did not want to be seen as someone capable of causing injury to another human being, (even if it was an accident) that she fabricated a story to position her soon to be X-friend as the antagonist.

This story is not unique. Something similar happens every day and I’m sure it’s happened to you. Truth is, you’ve been on both sides of the fence. You’ve lost friends because they’ve hurt you and turned on you. And, as you recall, it was a very painful experience. There were also times when you hurt others and did the same thing to them. It’s not right and it’s not fair, but it’s human nature. 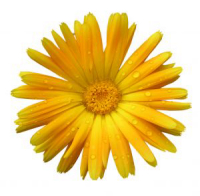 What I’m about to share with you is an advanced likeability skill that only a handful of people are capable of pulling off. If you think you’re one of these people, keep reading.

You must fully understand that if you want people to like you, promote you and help you succeed, they can not feel as if they’ve hurt you, even if they did hurt you. There are no exceptions to this rule.

And When You Don’t Give A Hoot

If someone does hurt you and you don’t care how they feel about you or how they treat you, let ’em have it. Lay on the guilt and use every trick you have to make them feel bad about themselves. You’ll know you’ve succeeded when they start avoiding you and treating you badly in return. If this is what you want, you now know what to do. Here’s another example.

Years ago I met a financial service salesman though a mutual friend. He called me at my office to follow up on a conversation we had a few days earlier. At the time of the call, I was involved in a conversation with our office manager and couldn’t talk to him. He left his telephone number and asked that I call him back when I get a break in my day.

Could You Make Me Feel Any Worse About Myself?

By this time I was feeling pretty bad about myself for not calling him back. It got to the point where I had avoided taking his calls for so long that I was embarrassed to talk to him. I started justifying why I didn’t want his service and how he was rude for interrupting my time at work. In reality, he had done nothing wrong. I was trying to justify feeling bad about my avoidance behavior by blaming him for something he did not do.

Finally, I gathered the courage to take his phone call and listen to his proposal. Here’s what happened.

Unfortunately, Dave did not understand the Inverse Ben Franklin Effect. He lost the sale because he did not know how to make me feel OK about myself and my poor behavior. Here’s what he said.

“Hi Bob. It feels like you’ve been avoiding me?”

This story could have had a very different outcome had Dave understood and applied the Inverse Ben Franklin Effect. Imagine how I would have felt if the conversation had taken a different turn.

“Don’t worry about it Bob. I know you’re busy. If anything let me apologize for being so persistent. Is this a good time to talk for a few minutes?”

I worried about this call for a week and Dave let me off the hook in less than six seconds. No guilt, no lying and no bad feelings about myself or Dave. I was ready to listen to his proposal and actively look for a way to purchase his service. He made me feel OK about myself instead of feeling like a jerk.

How Big Of A Person Are You?

In order to use this technique effectively, you have to be bigger than the person who caused you harm. You can not, you must not allow someone to feel bad about themselves or they will do everything in their power to justify their bad behavior.

If you care about your relationship with someone who has accidentally harmed you, let them off the hook. Once you’ve forgiven them in your head and in your heart, they will feel better about themselves and better about you too.