Do You Want To Be Liked, Respected Or Both? 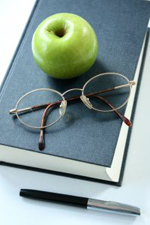 I’m always amazed at the handful of people I encounter who just don’t get it. For some reason, they fully believe that being liked doesn’t matter. Worse yet, they think that being seen as a likable person (manager, teacher, parent, etc.) is a roadblock to their authority and encourages others to show disrespect! Nothing, and I mean nothing could be further from the truth.

“Do you want to be liked or do you want to be respected?” This is the question I hear time and time again from people who think likeability is a waste of time. They ask this question as though they can only get one at the expense of the other. I respond with, “Let me ask you a question. Would you rather be liked, respected, or both liked and respected?” Because, believe it or not, you can have both.

I’m not suggesting that likeability and respect are mutually exclusive, because they aren’t. Truth is, we are much more likely to respect the people we like than we are to like the people we respect. Let me give you an example.

When I was in high school I had two favorite subjects; geometry and physics. My geometry teacher was a wizard on the subject. He was able to take each formula and mathematical principle and apply it to something practical that we could easily understand.

I had great respect for this mans knowledge, but I did not like him. And because I did not like him, I didn’t feel comfortable asking questions in class or talking to him outside of school hours. Unfortunately, his lack of desire to be likable hindered my ability to learn geometry.

He could have been the great teacher he thought he was, but he wasn’t. He did not make his students feel safe, liked or respected. He earned a small level of respect as an expert in the subject of geometry, but he did not earn our admiration. More importantly, we felt cheated out of the knowledge we could have learned from this brilliant man because he was unapproachable and unlikeable.

My physics teacher was also an expert on his subject. He took each formula and applied it to something we could easily understand and apply to our daily lives. We had great respect for his knowledge and his ability to teach. He made us feel safe and liked. We were comfortable asking questions, sharing our thoughts and greeting him warmly both in and out of the classroom.

There was no goofing around in his class. No one dared get out of line. We treated him with respect because he earned it. And in the process, we excelled in our understanding of physics.

If you want respect, you can either demand it or you can earn it. Earning it is much better. The way to do that is to be likable. Treat people the way they want to be treated and they will like and respect you in return.

Being likable is too easy to do and too valuable to ignore. Make people feel liked, respected, safe and appreciated and they will sing your praises and genuinely like and respect you in return.