Being Likeable By Keeping Your Mouth Shut

Behavioral psychologists have been bantering around the idea of what they call Repulsion Hypothesis for years. It states that people find people who have beliefs and attitudes that are extremely different from their own as repulsive.

Repulsive is a very strong word. It’s the word that comes to mind when I have to repair or maintain our septic system. It’s not the kind of feeling you want your customers and prospects to have about you or your company.

Most everyone is passionate about something. It could be as innocuous as running, photography or scrap booking. These are subjects that are generally not going to offend anyone. On the other hand there are passions of peril, which include hunting, politics, animal rights, religion, sex and more.

Sex, Guns and Rock and Roll

There is certainly nothing wrong with being passionate about any of these activities, but be forewarned, they will cause a heightened level of either positive or negative emotion when discussed in conversation. Let me give you an example. 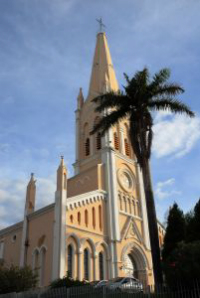 Years ago I hired a professional speaker to teach customer service skills to my clients.  He was an expert on the subject; he was funny and extremely effective. He was also very passionate about his religious belief and he didn’t mind sharing his views openly in his presentation.

Please don’t suppose that I think there is anything wrong with being passionate about what one believes, I applauded it, but I do think there is an appropriate time and place for expressing those beliefs.

At the conclusion of each seminar the audience filled out an evaluation and the comments ranged from outstanding to offensive. For every person who commented on how much they enjoyed his religious references, there was another who found them offensive. For every person he was attracting with his beliefs, he was repelling another who possessed a different set of beliefs.

Turn Off Or Turn On?

When I showed him the evaluations and suggested ways he could still talk about his beliefs without offending anyone, he wanted nothing to do with it. He was so blinded by his passion for what he believed that he was willing to offend half the people in his audience.

You may feel my friend had every right to do and say what he did. You might even be a little offended by my suggesting he change his presentation. If so, it’s because you and my friend have a similar belief system. But, would your opinion of his behavior change if I told you he was a Hare Krishna or a Moslem or a Wicca or a Jew or a Christian or an Atheist?

Are You Stupid Or Something?

Far too many salespeople and business owners fail to succeed because they just can’t keep their mouth shut when it comes to sharing their views on potentially perilous conversational topics. So what’s a passionate person to do?

I’m not suggesting you withhold critical information from your friends or your mate. If you want to build a friendship or long term personal relationship with someone, you’re eventually going to have to have those conversations and you’ll either work your way through them or not. But there is no good reason to have these more intimate and potentially explosive conversations with a customer?

Rules Of The Road

Here are some basic rules about conversation that will make you more likable and more attractive.

I saw a funny skit on television recently where a young man was lost in a small European hamlet on a moonlit night. He heard a wolf howling in the distance so he started knocking on all the doors looking for safety yelling, “Please let me in, I’m an American.” No one responded. Then, just as the wolf was almost upon him, he knocked on the last door in town and begged, “Please let me in, I’m a Canadian.” Where upon a woman opened the door and saved him from certain death.

You will find many of the zealous beliefs and actions people demonstrate to be repulsive. You will find others to be attractive depending on what you value. If you want to win people over, agree when you can, and keep your mouth when you can’t.