Why The World Despises Know-It-Alls

It’s been five years since we started production on the Recognized Expert Marketing Show. Almost 200 programs later, I’ve had a chance to step back and reflect upon my relationships with the marketing, sales and self-promotion experts who have appeared on the show.

Most of my guests have become my friends, and I’ve grown to respect and admire them for their knowledge, their kindness and their willingness to share their expertise with my listening audience. This was true with all but one of my guests. He is someone I will never forget, and not for the right reasons.

Once you become the recognized expert in your field you have to be careful not to fall into the know-it-all trap, and that can be difficult to do.  People will treat you differently. They will say nice things about you and ask for your opinion and maybe your autograph. The media will start writing articles about you and you’ll be asked to speak at seminars and conventions. Your income will rise and you’ll find yourself in the limelight more often than not. You’re a celebrity.

Some people handle this position with dignity and grace while others take on a know-it-all posture that causes their conversation partners to recoil and strike at each opportunity.

A Know-it-all is an epithet applied to any person who exhibits the belief that he or she possesses a superior intellect and wealth of knowledge, and shows a determination to demonstrate his perceived superiority at every opportunity.

And don’t you love how the author used the word, “epithet” in the definition? If you know the definition to that word, give yourself a pat on the back. But I digress. Let’s move on.

There are three reasons we don’t like know-it-alls and they all have to do with different aspects of likeability.

Problem is, in doing so they are inadvertently shutting others out by moving into a preaching mode (I speak, you listen.) This method of communication is fine in the classroom, but it’s a problem everywhere else. 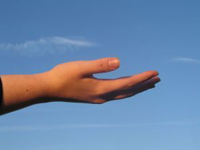 The second reason we have a hard time with know-it-alls is because we like ourselves more when we enhanced the lives of others. Know-it-alls don’t give us that opportunity. They seldom allow us to share our thoughts and opinions and when we do, they either ignore us or they disagree with us.

Very few people want to be involved in a relationship where they can’t contribute and don’t feel appreciated when they do.

The third reason we don’t like know-it-alls is because we like people who don’t take themselves too seriously, and we feel uncomfortable around people who do. Know-it-alls are seldom wrong, but when they are wrong, their brain goes into lock-down. They are so invested in being right, that they don’t know how to handle a situation where they think they look stupid. The last thing they’ll do is laugh at themselves, which is the best thing they can do to endear themselves to others.

It’s also true that we are attracted to smart people. But, like all of the laws of likeability, you can take your smarts too far. Being perceived as smart is attractive to others, being perceived as a know-it-all is not.

Bill Federer is the author of the American Minute, a short American historical event that he broadcasts to millions of people over the radio and on the Internet every day. Today, Bill sent me a story about Oliver Wendell Holmes, Jr.

Oliver was born on, March 8, 1841. He was a Union soldier during the Civil War and he went on to become a Harvard Law School Professor. In 1902, President Theodore Roosevelt appointed him to the U.S. Supreme Court, where he served to a more advanced age than any other justice.  On his 90th birthday, Oliver Wendell Holmes, Jr., replied to a reporter by saying:

“Young man, the secret of my success is that at an early age I discovered I was not God.”

Boy, what a valuable lesson my pompous guest could have learned from Mr. Holmes.

If you find yourself competing with God, stop. Ask yourself what it is you really want to accomplish. Do you want to be a know-it-all and have your listeners relish in your fall, or do you want to attract people who want to associate with you because you’re an interesting conversationalist?

And, if you’re wondering which of the 200 guests made such a bad impression on me, you won’t find his interview on the Recognized Expert Marketing Show. I either accidentally lost the program or intentionally erased it with glee. Maybe I should ask him what happened to the show. I’m sure he knows.