Category: Tie Your Shoe And Say Thank You

Tie Your Shoes And Say Thank You 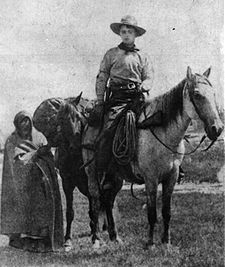 Among other things, my brother Dan is a high school soccer coach for a group of young men at Bishop LeBlond High School in St. Joseph, Missouri. And if you’re wondering why St. Joseph, Missouri sounds familiar, it’s because that’s where the Pony Express started in April of 1860.

I often think of the oath taken by the young men who rode for the Pony Express and the impact it must have had on their life and the lives of those who entrusted them with their most private thoughts. At the same time, it saddens me to think that a mere 150 years later, many employees don’t hold themselves to the same standards as did those who rode for the Pony Express.

The Oath Of  Office

“I do hereby swear before the great and living God that during my engagement with Russell, Majors and Waddell, I will under no circumstances use profane language, that I will drink no intoxicating liquors, that I will not quarrel or fight with other employees of the firm, and that in every respect I will conduct myself honestly, be faithful in my duties, and so direct all my acts as to win the confidence of my employers. So help me God.”

Imagine living in a community where every employee and elected official took an oath stating that they will be “faithful to their duties and direct all of their acts to win the confidence of their employer.” Where has that work ethic gone? Why is it that so many young people entering the workforce feel they are entitled to a job and that showing up to work and actually working is an option? Is this the work ethic that we baby boomers are responsible for teaching our children?

As I mentioned earlier, my brother Dan is the soccer coach for a group of boys in St. Joseph, Missouri. He has a passion for the sport and he still plays competitively at 50 years old. Soccer is his passion, but teaching is his gift.

My brother is a great dad and wonderful coach. The kids love him and they get a kick out of his humorous and unorthodox way of teaching soccer skills. But this is not how they’re going to remember him when they become dads. No, they will describe Coach Sommers to their children as the man who taught them how to tie their shoes and say, “thank you.”

Dan and I were very close when we were children. I was one year older and he was five years wiser. Life has taken us in different directions. He lives in St. Joseph with his family, and I live 4,000 miles away in Hawaii with mine. So when we have an opportunity to talk on the phone, I cherish every minute. 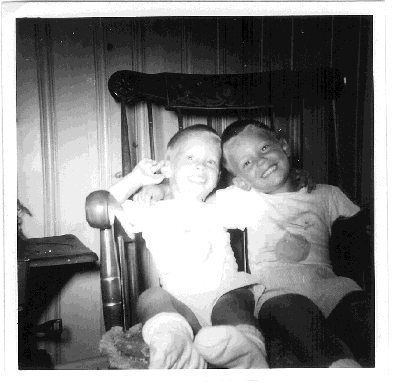 When we last spoke, he told me that he just finished his first soccer practice of the season with the new boys at Bishop LeBlond High School. When I asked him what skills he taught, his answer surprised me. He said he taught the boys how to tie their shoes and say, “thank you.”


He went on to explain that one of his greatest frustrations as a coach was having to watch one of his players stop and tie his shoe while the game continued on around him. “When a player loses his shoe during a game,” he said, “It shows me and the rest of the team that they’re not prepared. And if they aren’t prepared, I can’t count on them to do the job they were entrusted to do.”

“My other great frustration,” he said, “Is when a coach or a parent from the other team chases down a ball that goes out of bounds and gives it back to one of my players, and he doesn’t say, “thank you.” His lack of respect is not only embarrassing, but it casts a dark shadow over the entire team. If they don’t respect others, others won’t respect them. If they don’t appreciate others, they won’t be appreciated by others … no matter how skilled they are at what you do.”

According to Dan, the two most important skills his players must possess if they want to play soccer on his team are to be prepared to do the job they were entrusted to do, and to do it in such a way that everyone wants to see them succeed. And it starts with tying your shoes and saying, thank you. Those are the skills that will serve my players for a lifetime.” Dan said. “Everything else is just kicking a ball around a field with your friends.”

Coach Dan Sommers is teaching these young men how to become the next generation of proud riders for the Pony Express. Or, maybe he’s teaching them how to ride for Apple or General Electric or Google or fill in the blank. He’s instilling a skill they will benefit from for the rest of their lives and he’s disguising it as soccer practice. Genius!

I love you Dan. You’re my inspiration!

Tie Your Shoe And Say Thank You | Bob Sommers |